Local Property Tax Is Dipping Down 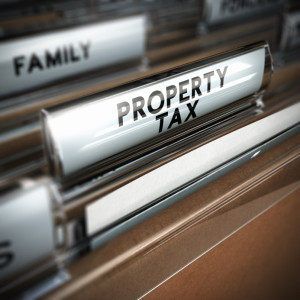 Over 50% of Detroit homeowners will notice that their property taxes have dropped by at least 10% over the past year. This is due to a citywide effort to reappraise the values of Detroit homes and property. City officials believe that those living in the city of Detroit should be given an accurate reassessment of the value of their dwellings.

Fronted by Detroit Mayor, Mike Duggan, city notables believe that the city is owed this appraisal process, as a push towards forward momentum in light of the recently bankruptcy and foreclosure hearings.

What do they think they’ll find? Mayor Duggan believes that over 20 Detroit neighborhoods will not see a change in their original appraised values. This is because that while Detroit property taxes were originally assessed too high, these neighborhoods have rebounded and are now meeting the financial demands that were initially set. These stable neighborhoods include Sherwood Forest, Indian Village, and Palmer Woods.

However, some areas will see significant decreases in their property taxes. In the northeast and west sides of the city, tax reductions could be as high as 20%. In the southern areas of Detroit, the property tax deductions will be closer to 5%, and 10% reductions will show face in areas near Midtown.

Mayor Duggan hopes that these tax reductions offer more incentives for people to remain living in the city limits. Additionally, they anticipate that more people will pay their taxes on time and in full. With as much as a 20% reduction in their property tax bill, Duggan believes this will ease Detroit homeowner’s wallets.

New property tax assessments are set to be in the mailboxes of Detroit homes as early as the end of this week. The effects of these reductions will be noticeable on their summer property tax bills.

In contrast to normal property assessment values, the city of Detroit is taking blight into consideration. Areas where homes have already been targeted for blight will not minimize the effect of a home value that is properly maintained. This is an added bonus for homeowners who have put in the effort to keep their area stable and well kept.

Many city officials are standing proudly behind Mayor Duggan, explaining that they feel this is the right move for the city of Detroit, and to keep homeowners put. Additionally, these grants are a ‘thank you’ to long-term Detroit residents that have stayed still throughout all of the ups and downs of the housing market.