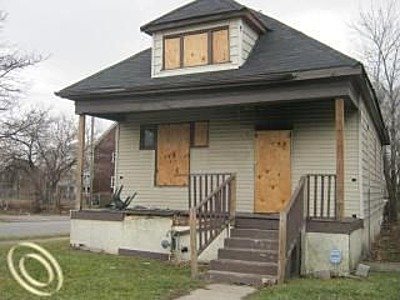 Sarah Hamilton is a Detroit resident and homeowner. She holds possession to several properties in the city, and keeps a careful watch over the happenings in her area. However, recently, one squatting instance happened to slip by Hamilton and resulted in her arrest.

Lynn Williams, a homeless Detroit resident, glanced upon one of Sarah Hamilton’s homes in the recent weeks, and became a squatter in her residence. With recent laws in Michigan having changed in the favor of homeowners, and against squatters, Williams did not seem fazed by her decision to stay in the home.

Williams admits she willingly chose to start squatting in Hamilton’s home, but defends her actions towards resulting in living on the streets of Detroit. Williams also believes that she has more rights than actually granted her, due to misinformation given to her by her boyfriend, Lucas Burger.

Williams stated she contacted a man named Jamal in New Jersey, believing him to be the owner of the home. According to her account, Jamal granted her permission to live in the Detroit home. This all came as a shock and news to Hamilton, as she explained, “I don’t know Jamal. I am the owner, I have the deed.”

Hamilton first discovered that Williams was squatting in the home, when she recently stopped by to complete a short sale on the residence. Assuming all of her financial aspects was in line, she notice Williams living inside the home, and immediately recognized her as an old neighbor.

Hamilton quickly notified the police and bank, and the items inside the home were removed. However, Williams had produced a popular reputation in the neighborhood and her allies assumed she was being robbed, and immediately contacted the police. The authorities showed up promptly, and Hamilton had to establish her stance and ownership on the house once again.

The police informed Hamilton that she had every right to take back her property, but could not physically touch anyone inside the home. They immediately left, and Hamilton went back to removing William’s belongings.

William’s came across the event and reacted poorly, allegedly swinging a knife at Hamilton, threatening to stab her if she didn’t leave. Hamilton immediately jumped in her car, and drove away. However, the details of what happened in between getting in the car and leaving the property appear skittish, as both sides have different interpretations of the occurrence.

A few hours later, Hamilton went back to continue removing the items, with both the police and Fox 2 News in tow. Williams and Hamilton struggled with moving things out and back into the home, causing more arguments, and eventually leading to Hamilton’s arrest. Sarah Hamilton was arrested based on the accusations made by Williams earlier that day. Thankfully, all charges were dropped, and Hamilton was released.

Sarah Hamilton is still fighting for her home, and Lynn Williams is still squatting in the residence. They each believe they have personal rights to the property, when in reality, only one truly does.