Best Neighborhoods to Live in Detroit

As a Detroit Business and Real Estate Company, it's important that we know which Neighborhoods offer the best living conditions. Detroit is Michigan's largest city and is located along the Detroit River. With a population of a little over 4 million, the "Motor City" is the 11th largest city in the United States.

If you're moving to Detroit, here are the city's best neighborhoods to live in.

If you are looking to invest in Detroit property, read this.

The Best Places to Live in Detroit

Woodbridge is a historical landmark. Its churches, houses and other buildings are architectural wonders, and it is one of the safest neighborhoods in Detroit.

Being a thriving hub of Detroit's visual arts scene, Woodbridge houses the works of local and international artists at the Contemporary Art Institute of Detroit.

Some reasons to live in Woodbridge include: 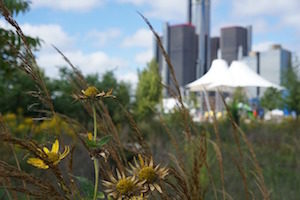 Like Woodbridge, Bricktown is on the National Register of Historic Places. The Detroit neighborhood separates the Renaissance Center from Historic Greektown.

Bricktown houses an eclectic mix of early 20th century industrial warehouses and buildings, as well as 19th-century architecture. The neighborhood is also home to the oldest standing church in Detroit.

There are plenty of things to do in Bricktown. You can, for example, visit:

Located northwest of downtown, Midtown has plenty of trendy dining and shopping spots, not to mention business and cultural hubs. The neighborhood is probably best known for the Detroit Institute of Arts and the Michigan Science Center.

Everything in Midtown is within walking distance, as evidenced by a walk score of 92 and a bike score of 81. Some of Midtown's most popular attractions include:

Once an eclectic destination for yuppies in the 1990s, Royal Oak neighborhood has become one of the best neighborhoods in Detroit. Just like Midtown, it has a high walk and bike scores.

The Detroit suburb provides a wide variety of shops, restaurants and other things to do. You can watch an indie film at the Main North Art Theater, have a laugh at Mark Ridley's Comedy Club, or see musicians perform live at the Royal Oak Music Theater. 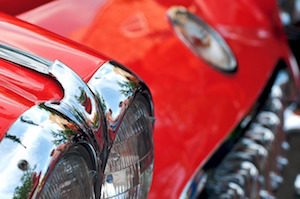 This neighborhood is so-named because it's home to the Marygrove College and the University of Detroit Mercy. It's bounded by Muirland Street to the east, Livernois Avenue to the west, West McNichols Road to the south and West Seven Mile Road to the north.

Some of the University District's facilities include the Garden, the Gesu Community Green, and the Belden Tot Lot. Close by are the Palmer's Park's playing fields, the prestigious Detroit Golf Club, the running track at UDM and Northwest Activities Center.

Palmer Woods is a very nice neighborhood in Detroit, with a major draw for young professionals. Located between Ferndale and Highland Park, the quiet neighborhood provides easy access to clubs, restaurants, and shops. Most of the homes in Palmer Woods were constructed between 1917 and 1929, and have a classically elegant air about them.

Greektown is known for its great entertainment and restaurants. True to its name, it has several restaurants that serve authentic Greek cuisine. It's also home to Greektown Casino, one of Detroit's three casinos.

This nice area in Detroit has seen its share of thriving Greek businesses that date to over a century ago. In fact, the Greektown Merchants Association describes it as like a "trip to Athens."

Festivals include the Greektown Arts Festival and the annual Glendi celebration. 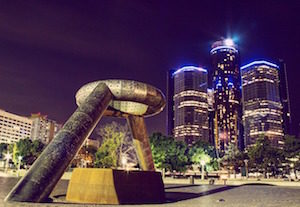 This neighborhood is where you'll see most of the prominent skyscrapers and historical architecture in Detroit. These include the Guardian Building, Comerica Tower, the Penobscot Building and the Renaissance Center.

Recently, the neighborhood has seen tremendous growth and development. Some of the attractions here include:

Evidently, Downtown Detroit is one of the best places to take your significant other on a wonderful date. Read here for more Detroit Date Night Ideas.

"Pointes" is the collective name for Grosse Pointe Farms, Gross Pointe Woods, Grosse Pointe Park, Grosse Pointe Shores and Gross Pointe. Located southeast of Detroit, the neighborhood is home to some of Detroit's "old money." It's also home to young professionals, as well as great shopping and entertainment centers and waterfront parks.

As you can see, Detroit is steeped in history, culture, and innovation. The city has something for everyone. If you want to move into the most populous city in the U.S., the aforementioned areas are some of the coolest places to check out as well as the best neighborhoods found in Detroit, Michigan.

If you are thinking of investing in a turneky Detroit rental property (read here), or need help with managing your existing real estate, don't hesitate to contact us for help.