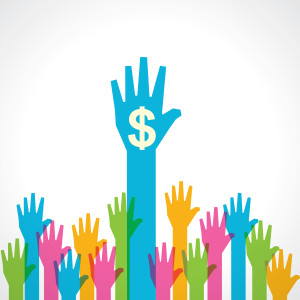 Michigan small-businesses have another reason to celebrate; Michigan Funders, a crowdfunding company, has been placed into effect as of this week and will allow small company owners to continue thriving. As a crowdfunding platform for Michigan businesses only, this new venture is taking hold of the recent laws signed by Governor Rick Snyder. These new proposals will allow small business owners to raise up to $2 million from Michigan investors and those who are willing to step into the money game.

Founded by Niles Herson and David Tessler, this Crowd Funding In Detroit platform couldn’t have come soon enough for Michigan companies. Heron explains that promoting local businesses offers as much as a diverse group of people, as similar global entities. The focus of Michigan Funders is to bring communities and investors together, by offering equity shares and revenue sharing developments.

While Michigan Funders is not the only Crowd Funding In Detroit venture that has come to Metro Detroit, it is the sole leader that gives permission to both investors and Michigan companies to be a part of business growth. Tessler explains that idea allowed them to bypass interstate regulations, and help support what is happening in our own backyard.

A statewide count shows that over 10 million people have the opportunity to invest in Michigan, and the mitten state brings in over $400 billion of GDP. The idea of walking away and going somewhere else did not seem necessary for Michigan Funders.

Here are just a few of the investments that Michigan Funders has in the works:

Many local companies are finding that utilizing Michigan Funders allows them to gain more capital than through traditional crowdfunding platforms, such as Kickstarter. These other areas of money raising require extensive marketing efforts, in order to spread the message of a product or service, where as Michigan Funders helps cut down on those costs. Additionally, allowing investors and citizens to own a small piece of a company gives them more insight and purpose to help Michigan companies continue to thrive.

While equity crowdfunding may not be the best option for all Michigan businesses, it does offer another method of money making that was not available to Metro Detroit, before this past week.