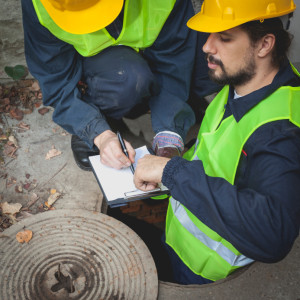 If you are a Detroit city employee, then Mayor Mike Duggan has just offered you some potentially great news. In addition to the auctions put in place by the Detroit Land Bank, which is already selling homes in Detroit at reasonable rates, Mayor Duggan has offered a new incentive to Detroit city workers. Any employees, retirees, and family such as siblings, children, and parents, for the city of Detroit, will receive 50% off any homes purchased in the Detroit Land Bank auctions.

The announcement for this new plan was made on Monday, January 26th, with both Mayor Duggan and a large group of city officials, employees, and retirees. The hope of the city council is to help get this proposition passed quickly and smoothly.

This incentive has been put in motions to offer more to the people dedicate to keeping the city of Detroit at its’ highest potential, and as a way to integrate new life into the city. By placing immediate family members of Detroit employees and retirees, brings the pool of eligible applicants from 9,000 to nearly 24,000 people.

Mayor Mike Duggan hopes that this creates more buzz and anticipation for city workers that already are living in the city, and for those who have left Detroit for other homes. Duggan believes that by putting these homes in the hands of those who help make the city of Detroit great, they can attack blight issues with greater force.

Currently, no Detroit city employee is required to live within the city limits itself. However, for those who have dedicated their service to keeping Detroit safe and clean, Duggan believes that they should be encouraged and rewarded to stay.

The homes that are placed in the Detroit Land Bank auction are those deemed salvageable in neighborhoods that are still thriving. Additionally, the city has targeted owners of surrounding homes to rehabilitate their property, find tenants, or sell it off to someone who will. New Detroit homeowners have 6-months after their final closing to put their plans for the property into motion.

Ed McNeil, a representative for the County and Municipal Employees described this offer as something that both union and non-union workers are supportive of. While different variations of this incentive have been offered in the past, McNeil aggress that any progress to thank the city workers of Detroit is a step in the right direction.