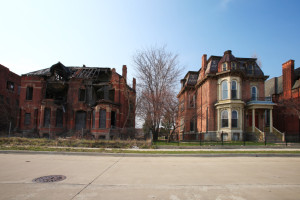 Wayne County residents are under a serious crunch if they are trying to keep their homes. With an original extension for those who are facing tax foreclosure was given until March 31st, 2015, this deadline just got pushed even further, giving residents more time. Now, tax foreclosure victims have until June 8th, 2015 to avoid losing their homes.

This includes over 30,000 homes and properties in Wayne County, with over 80% of those homes in Detroit alone. City officials estimate that at least 10,000 of these homes that have been targeted are still being occupied by residents.

Deadlines have been added to this issue in order to make things easier for residents, and keep as many people in their homes as possible. The advantages of these deadlines has allowed thousands of taxpayers to avoid complete foreclosure in Detroit.

Out of all the homes that were targeted earlier this year, at least 17,000 have developed payment plans to help ease their tax burdens on Detroit homes. One of the latest options for Wayne County homeowners facing foreclosure is the Interest Reduction Stipulated Payment Agreement, which lowers interest rates almost two-thirds on many properties. This system was put into place after many disgruntled residents argued with the city that their payments did not reflect the actual values of their homes. The property owners all agreed that they are not looking to avoid paying their taxes, but rather just want a more fair system in play.

In comparison to its' neighboring counties, Wayne County has offered more extensions than Macomb County and Oakland County. However, Ted Wahby, the Macomb County Treasurer, stated that he has never had to remove residents out of a foreclosed home. Wahby went onto explain that the goal behind Macomb County's foreclosure process is to handle each troubled home on an individual basis.

While the foreclosure dilemma in Wayne County is definitely a record setting high, there have been many changes to the tax system and opportunities that have developed in Detroit in part due to this issue. The overall goal for county officials is to help stabilize the economy in Detroit and keep people living in the city. One of the most influential programs to expand into Wayne County is the Step Forward Michigan program. With the help of federal funds from this organization, Step Forward Michigan has been able to provide financial assistance to over 5,000 residents in Wayne County alone.