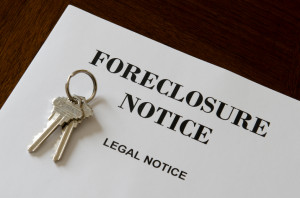 Wayne County has set the bar high for 2015 foreclosures in the city of Detroit. Nearly 75,000 homeowners have already been notified that they are behind on their taxes, and nearly 80% of those homes are located in the center of the city. Wayne County mandates that any homes that are three or more years behind on their taxes will be put up for auction.

Wayne County officials have not had the means to tackle these large numbers in the past, but their time is officially up. Treasurer, Raymond Wojtowicz, has attempted putting off the foreclosures in the past, but the newest blight activity has allowed him to push this process through. With a strong partnership with Detroit Mayor, Mike Duggan, Wojtowicz anticipates processing the entire 75,000 homes through the new system.

Loveland Technologies has been placed in charge of handling the paperwork and processing for these potential foreclosed homes. In conjunction with the Motor City Mapping Project, which highlights areas of blight in and around Detroit, Wayne County can more efficiently organize their efforts.

With the Motor City Mapping Project, Wayne County officials have been able to identify that over 35,000 of the proposed foreclosed homes are currently occupied. With the average occupancy rates taken into consideration, nearly 95,000 Detroit residents could potentially be displaced if their homes are foreclosed on.

However, Wayne County anticipates that this number will dwindle quite a bit, starting as early as January of 2015. When the realities of the auctions come into play, the goal is still to help and assist those who are having issues making payments, to stay in their homes. Mayor Mike Duggan stated that he is committed to keeping the residents of Detroit with their current assets. To make sure this happens, Duggan is working with lawmakers to alter the current tax laws, in favor of those facing foreclosures, before the end of the year. While there has been no current movement towards changes in property taxes, Duggan and Wayne County officials anticipate that many of these proposed foreclosed homes will resolve themselves in the near future.

Many are looking to Wayne County to implement serious reform, to allow Detroit to avoid racking up high numbers of foreclosures. Out of the 75,000 homes that are being targeting for foreclosures, over 50% of the increase came from this year alone. The executive director of the United Community House Coalition in Detroit, Ted Phillips, is hopeful, but realistically explains that he hasn’t seen much progress towards any change.