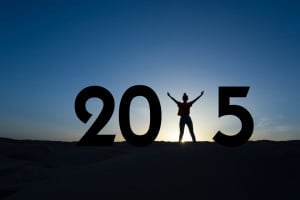 2015 is right around the corner and the residents across Metro Detroit couldn’t be more thrilled for this year’s downtown festivities. The latest event to hit Detroit on December 31st will be known as “The Drop.” Starting at 4pm, Campus Martius will be taken over by music, dancing, activities, food, and as much end of the year excitement that Detroit can handle. Officials in charge of The Drop are ready to bring Detroit into the big leagues of New Years Eve bashes, and think that this year New York City and Chicago will have a run for their money.

Tony Piraino, co-founder of The Drop, said that he heard the complaints across the city that Detroit, even though one of the largest cities in the county, is not living up to its’ potential for national events. Piraino explained that The Drop has trasnformed into a major event, in just five short years, and hopes to keep the tradition momentum moving.

Over 20,000 people are expected to attend the New Years Eve bash in downtown Detroit, and many say that the energy in Campus Martius and Cadillac Square is intoxicating on its’ own. For those unable to attend the event in person, The Drop will be showcased on PBS Detroit for everyone to watch in the comfort of their living rooms.

This year, Detroit has its’ own spin on the ball that will fall when the clock strikes midnight. Brothers Erik and Israel Nordin, the creators of the DBurst ball, that will be showcased at The Drop, are incredibly proud of their creation. Weighing in at nearly 250 pounds, the DBurst took the brothers an entire month of non-stop workmanship, in order to complete the ball in time. While similar to balls in the past, this year the DBurst will showcase more sparkle and flair. The Nordin brothers have donated many landmark works of art to Detroit (including the menorah in Campus Martius), and are happy to be able to give these works of art to the city they love.

The DBurst ball has already been put into place, in anticipation for the big day. The ball is expected to drop twice, once at 6:30 p.m. for the younger Detroit crowd, and again at 11:59 p.m.

Don’t miss out on this free and fun opportunity to ring in the New Year with the city that we all love!