Detroit Institute of Art Worth $4.6 Billion 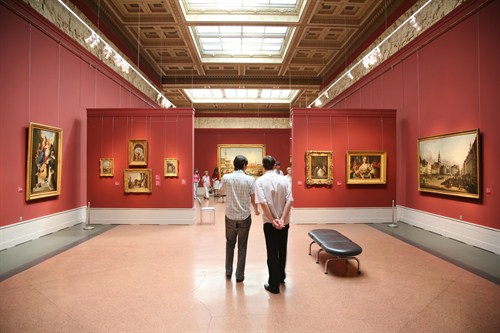 An updated appraisal of the entire Detroit Institute of Art (DIA) collection has now been valued at $4.6 billion. However, at the most, experts agree that the artwork would bring in between $1 and 1.8 billion. The reason for such a lower amount is due to the heavy litigation battles that would likely arise, in order to prevent the art from being sold.

The New York commissioned group, The Artvest Partners, have been working on the appraisal since early March of this year. The DIA, city officials, and attorneys felt that this appraisal would help speed up the bankruptcy issues, leading up to the August 14th hearing.

Detroit Artwork May Never Actually Be Sold, Due To Multiple Different Factors

Some of the issues that would stop the artwork from being sold include the following:

Representatives for the DIA state that any movement towards selling the artwork would result in immediate litigation. DIA COO AnnMarie Erickson stated, “We’ll do whatever we need to do to protect the collection.”

Brandeis University recently experienced a similar issue with their Rose Museum collection. When the idea of selling their artwork emerged, protests and litigation quickly arose, resulting in the dismissal of their president. Ultimately, the artwork was never sold.

Many buyers do not view selling artwork as a genuine practice. Typically, it is only acceptable for museums to sell artwork if it will advance their collection. For example, the “The Diego Rivera Court” mural at the DIA is an extremely rare and special piece. This piece was not included in the appraisal of the museum, due to the damage and harm that it would cause to the art, to remove it. The value would be diminished so much that the Diego Reivera was named a National Historic Landmark. Likewise, some of the Modigilani paintings were also excluded from the appraisals, due to their authentic nature and no comparable art in the past 100 years. These paintings cannot be sold in for any advancement towards a collection, so it was not advantageous to include them in the spring appraisal.

With litigation a real possibility in the future of Detroit and the DIA artwork, officials at the DIA hope that those voting on the new pension plan will take note of the $816 million that have already been allocated to their efforts of restoring their funds. Erickson explained that if movement is continued with attempting to sell the DIA artwork, Detroit might not end up with much at all, after splitting the profits with creditors.