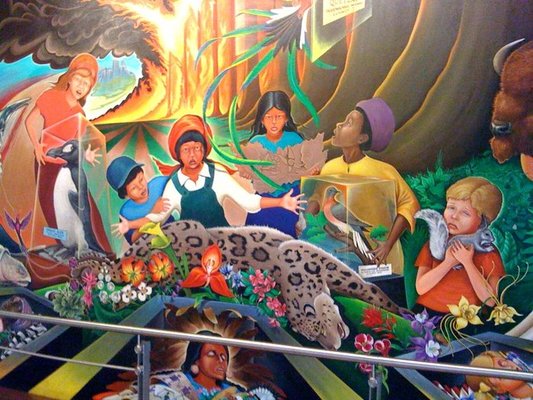 Just when the Detroit Institute of Arts and Detroit’s Emergency Manager, Kevin Orr, thought their issues with the monetary value of the artwork in the prestigious museum was over, Judge Steven Rhodes brought the issue back to light.

Earlier this month, Judge Rhodes questioned Kevin Orr on his decision to not sell the artwork currently on display at the DIA. With over 18 days completed in the Detroit bankruptcy trial, this was a question that many did not see coming to light. However, Judge Rhodes insisted that Orr explain his reasoning for moving away from the DIA, in greater detail.

Specifically, Judge Rhodes asked, “Why not monetize the art?” This question came at an interesting point in the trial, as Detroit has officially decided upon placing the museum in a trust, to safeguard its’ amenities from being sold. Likewise, in conjunction with this decision, nonprofits, donors, and government officials have pitched in over $800 million, with the DIA, to compensate for pension cuts.

Orr was quick to defend his actions, explaining that any move to impede upon the artwork or integrity of the DIA would be harmful for the city of Detroit. Orr explained that selling any of the artwork out of the DIA would result in a serious blow and damage to the prestige of the DIA, and create an uproar between residents and patrons.

However, the Financial Guaranty Insurance, Co. has different ideals and pathway for the city to recoup from its’ bankruptcy woes. The FGIC believes that the DIA should consider selling artwork to help makeup for lost pensions and benefits. While the DIA artwork was valued at $8 billion, the FGIC feels that this money should be allocated more properly to assist the city of Detroit and its’ services.

Orr continues to stand by his decision, by explaining that the Chapter 9 bankruptcy that Detroit is enduring does not require the selling of assets for the city. Additionally, Orr infers that stepping into the territory of DIA artwork would result in extremely costly legal fees and time.

Orr also went onto explain that his perception and knowledge of the city and what it truly needs has evolved during his time in Detroit. Orr states that the compromise reached between the city and the DIA, “provides some value [he] did not have at the beginning of this.”

While proceedings continue into late October, addressing more debt and financial agreements, it is safe to assume that Judge Rhodes will not be holding anything back from Orr or the rest of the Detroit bankruptcy team.