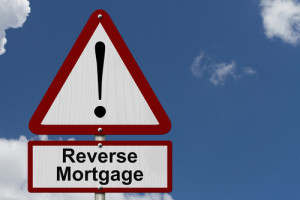 A new rule of ‘reversed mortgages’ is being promoted by former Senator, Fred Thompson, as a means of bringing people back to living in their glory days. However, pitfalls have started to emerge with this product, and federal agencies are working tireless to alleviate the issues. As of August 4th, 2014, a new set of rules will be implicated on reverse mortgages, allowing spouses of borrowers that have passed on to remain in their home without a looming foreclosure. These spouses will be required to pay any taxes, insurance, and association fees they may inquire. As of now, a full repayment of reverse mortgages is due immediately after the death of the original borrower. This unfortunately leaves widow and widowers, who are not listed on a mortgage, to sit with debt or be forced to leave their homes. These new rules will defer the payment on the home, until after the death of the spouse.

Likewise, reverse mortgages also have the power to allow seniors that are 62 or older to turn their home equity into cash. As opposed to paying the bank, seniors will get paid in lump sums, with a line of credit, or in monthly payments. Additionally, the loan is then due when the borrower has died, sells the house, or moves.

The Consumer Financial Protection Bureau nationally counted over 700,000 reverse mortgages in 2011. With the potential to expand, the market has grown significantly with baby boomers becoming eligible for this advantage. Typically, reverse mortgages are not distributed until homeowners have reached their early 70’s, allowing the first wave of baby boomers to not invest for at least another 5-10 years.

The baby boomers include over 43 million household’s nationwide, with over 30 million as homeowners. The consumer Financial Protection Bureau noticed confusion in 2012 between borrowers and reverse mortgages, and took steps towards alleviating being taken out at young ages. The average borrower was 72 years old in 2012, according to AARP, which was down from 76 in previous years. Marketing had also been noted to be ill informative and false government seals were placed to entice borrowers to believe reverse mortgages was a privilege. Currently, the older the borrower, the more can be received from a reversed mortgage.

Reverse mortgages will now be written regardless of a spouses’ age, however payout currency will be factored upon the younger spouse. The spouse of the deceased must also have been married to the original borrower during the extent of his or her lifetime, and the home must be their primary residence. Stan Kasaan, reverse mortgage writer for Christensen Financial in Palm Beach County, FL, states that reverse mortgages are a great advantage for seniors and should be utilized as an investment tool for larger dividends.