The Kresge Foundation Looks Past Woodward And Into Detroit Neighborhoods 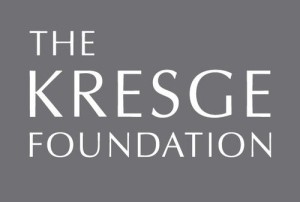 From the M-1 Rail project on Woodward, to the new Red Wings Arena, the center of Detroit has been buzzing with redevelopments and renovations. With a large amount of money and attention placed on the newest areas in downtown Detroit, many residents feel that their surrounding neighborhoods and practical community implementations have been pushed aside. However, the Kresge Foundation hasn’t forgotten anyone, and has instead pledge to put forth a $5 million investments towards Detroit neighborhoods.

Over the next 3 years, the Kresge Innovative Project will grant up to ten different small groups who are looking to create meaningful innovation within Detroit. These groups will include grassroots movements to help improve Detroit neighborhoods, and can win up to $100,000 for their idea. Likewise, smaller grants and awards will be given out to help those who already have funding, but need extra assistance with legal and planning matters.

The Kresge Foundation is a Troy based business, and has already been a large factor in Detroit community improvements. This $3 billion company has renovated the Vernor Avenue Corridor, added millions towards the Detroit Grocers’ Fund, Detroit Future City, Detroit Land Bank Authority, and ARISE Detroit. All of these areas have helped improve community areas, neighborhoods, emergency responders and vehicles, and general daily living in Detroit.

Kresge additionally put out more than $30 million in 2013 to improve upon the performing and visual arts, education, and cultural environment of Detroit. So far, Detroit has been awarded more money by Kresge, than any of the other money the company is putting back into communities across the country.

President and CEO of Kresge, Rip Rapson has explained how important it is to him, and their company, that Detroit residents don’t feel left out of the renovation process. Rapson added that they are putting more focus on “how Detroit is reimagining and reclaiming its place in the world, [and not] passing right over the neighborhoods.”

Rapson continued to explain that while the large developments in the center of the city are a great addition to Detroit, the “long-term energy” should be focused on the residents and how they can build upon what they’ve been given. He urged everyone to understand that if the residents of Detroit cannot utilize tools to build upon community involvement, then the forward momentum for Detroit will quickly come to a standstill.

Detroit residents are hopeful and elated for the new funding being placed in their favor. With money being allocated towards ideas developed by small community groups, many feel that these organizations truly understand what improvements Detroit needs, and look forward to seeing the innovation to come.