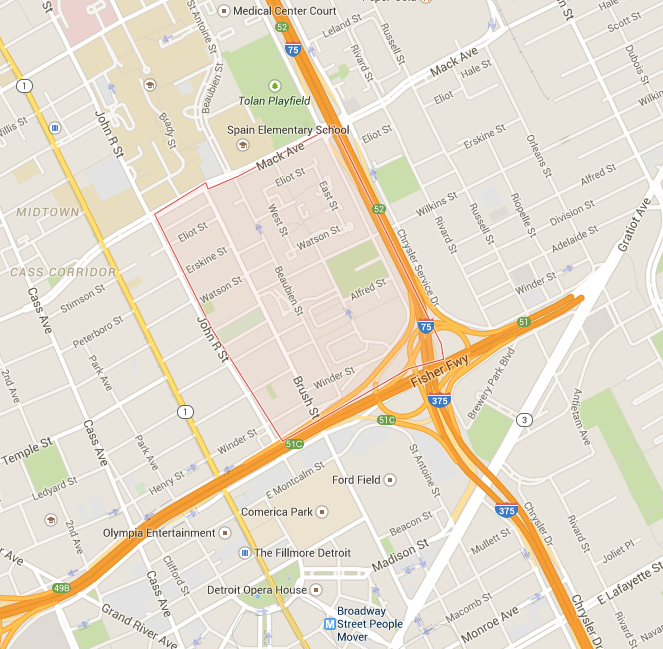 The demolition threats for Brewster-Wheeler Recreation Center have been ongoing and very present over the past several years. However, new hope and light has just shined into this iconic building, with discussion of a new restaurant, basement bar, and rooftop deck for the entire Brush Park community to enjoy.

The Brewster-Wheeler Recreation Center holds many historical memories inside its’ walls, as the center itself was where Joe Louis trained throughout his career. The plans to keep his memory alive are very much intact with the new renovations, with the theme for the entire building to idolize Mr. Louis himself. The original basketball court of the Brewster building will become the dinning room for the new restaurant. Additionally, aspects of the boxing ring will still be present throughout the building. The basement bar is slated to honor Leon Wheeler, the first African-American employee to make a large impact on the Brewster building.

Starting this spring, the proposal to start renovating the Brewster site will begin moving along. Along with the new restaurant, many other amenities are slated to evolve into the entire Brush Park area. The new restaurant will be created by Crains and Catallo, owners of popular restaurants across Metro Detroit such as Vinestta Garage, Clarkston Union, and the Union Woodshop.

Surrounding the entire Brush Park area will be new housing and retail space. This includes a mixed-use development area, while not specific in details, will include apartments and cater to local businesses. Additionally, there is discussion of already providing housing that is ‘buyer friendly’ and adds to the long-term goals for Brush Park.

Over the next few months, the city council of Detroit will make headway to approve selling the land to potential developers. After this process, they will have up to one year to start construction, which is estimated to cost around $10 million. The goal for opening up the Brush Park and Brewster-Wheeler area is scheduled in early 2016, with housing and retail to be completed as of 2017.

Stick with Own It Detroit as we continue to follow the most notable and newsworthy renovations and construction projects that are here to improve Detroit!