A Flood Of Lawsuits For Detroit In Wake Of Water Damage 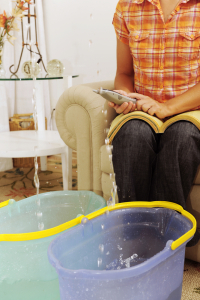 Thousands of Metro Detroit residents have experienced extreme damage to their homes since the floods that hit the area hard, nearly 2 weeks prior. Some residents, such as Detroit native Thomas Jackson, had nearly 15 inches of water backed up into his basement. On average, a home in Metro Detroit carried up to 5 inches of water into their home during the heavy rain. With carpeting, flooring, and treasured possessions lost, many are now looking at what comes next.

Detroit is not known as a flood zone, which is why many do not have flood insurance on their homes and cars. Livid homeowners are now starting to talk, looking to local attorneys to help fight their battles. Lawyers are also looking to the municipal courts to file claims, and potentially searching for what legal action can be made.

Tarek Baydoun, local attorney and representative for Jackson, explained that the lawyers are ready and willing to help those residents in need, from explaining their rights and what they deserve. Baydoun has already processed over 100 claims to the municipal courts, from homeowners looking for answers.

Many law firms in Detroit are savvy to flood claims, and have won several cases in Grosse Pointe Farms, Hamtramack, and Dearborn Heights, for previous flood cases. The highest settlement was upwards of $12 million paid back to homeowners in 2000, in Wayne County, due to devastating effects of flooding.

City officials are urging people to stay away from attorneys, who may just be after their money, and file the claims themselves. However, the attorneys explain that utilizing their expertise will end up getting them more money in the end. Both sides of the legal world are still at odds on what to do, since the flood in Metro Detroit was unheard of in recent history. Dearborn Mayer, Jack O’Reilly Jr., explained that since these floods were so unprecedented, the city needs time to evaluate how to handle a situation that cannot be compared to others in the past.

Many city officials are explaining that it is still too early to start placing the blame. In the mean time, everyone is urging residents that have been impacted by the flood, to fill out the necessary information that will be reviewed at a later date. If you are looking to file a claim on your home, you have 45 days to file, since the flood occurred in your home.

While these answers are not good enough for residents such as Thomas Jackson, local attorneys hope that more answers will come soon.