Detroit Shuts Off Water For Thousands 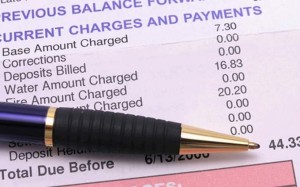 In an effort to enforce movement and an upward motion to bankruptcy recovery for the city, Detroit water officials have started buckling down on past-due bills. Over 3,000 customers per week have started seeing their water shut off, due to delinquent bills that have exceeded $150 or more. Detroit city representatives say that the process of shutting of the water completely is their last resort to get residents to start paying their bills.

Over 300,000 accounts in the city are past due, and Detroit utility companies are looking to recoup from their nearly $90 million loss.

However, shutting off the water has not come without its’ share of criticism. The United Nations Office of the High Commissioner for Human Rights has attacked Detroit and their violation of human needs, by shutting off the water. With so many customers who owe the city of Detroit in late payments, already living below poverty, the critics suggest that the inability to pay the bill should override the necessity to shut the water off.

Affordability of utilities is currently a hot-topic issue in Detroit. With extremely volatile weather making way in Detroit over the past few years, the need for heat, air conditioning, and water have become even more dire. Inflation on water and sewer prices has surpassed the rest of utility bills, due to the overhaul of Michigan and its’ need to rebuild into a stable economic force. Those seeking to pay water bills, often cannot, due to changes in the bills outside of their income level. To date, there are no federal assistance programs for those who need help with utilities such as water.

Roger Colton, a specialist on the economics of utilizes explains that the real problem lies in the utility companies making water affordable for all citizens. He also stated that shutting off the water in Detroit will not solve the utility companies problems, and they should rather look for a percentage of the bill. A system similar to this suggestion was put in place in Detroit, prior to the bankruptcy, and no new suggestions have been put into effect as of yet.

Many across the country have sided with the residents of Detroit who are without water. However, with a plan in place to rebuild, Detroit feels that this is the momentum it needs to move forward. Detroit utility officials are urging residents to pay their bills, in order to keep moving towards a positive direction of recovery. With bold and controversial moves in the cards for Detroit, the potential for success is near.