Detroit Blight Authority Anticipates Pontiac To Be Blight Free In 2017 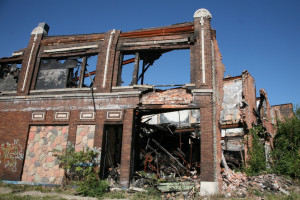 As Detroit makes its’ way past the bankruptcy issues that plagued the city until recently, the efforts on blight have started to show true progress. The Detroit Blight Authority has set sights on Oakland County in just the past few months. The city of Pontiac has seen significant improvement from blight efforts, with over 300 homes demolished in 2014, and completely blight free by 2017.

Bill Pulte believes that while this is an enormous undertaking for the Detroit Blight Authority, and the city of Pontiac, he is hopeful that they will be successful in their efforts.

The news of blight removal in Pontiac has become so prominent, due to the large numbers that were obtained in 2014. Pulte explained that the 300 homes that were removed in Pontiac last year were more than what was done in Detroit. He goes on to state that this number is very relative to the blight ‘freeness’ that Pontiac is aggressively trying to obtain.

Surveys have been conducted to showcase the intense blight removal efforts: over 73,000 homes have been already blighted , out of the 380,000 that have been targeted for blight removal. While originally, the Detroit Blight Authority had set their sights on blight removal in the heart of downtown Detroit, Pulte decided in spring of 2014 that efforts were need more around Pontiac and other areas of Metro Detroit. This decision became very controversial, as many were committed to tackling the issues that have burdened the city directly, but Pulte argued that by starting in areas that had more success for rehabilitation, their blight efforts would be more plentiful. Pulte has also mentioned that since the success of Pontiac has gained so much attention, additional pilot trials of blight removal have been in talks for areas around Chicago.

Millions of dollars have been raised to keep blight efforts going strong in Pontiac. Between Oakland County funds, state funds, federal funds, and private sectors like Community Development Block Grants, many are standing behind strong behind Pontiac’s high goals for blight removal by 2017.