Belle Isle Will Be Free Of Hotels 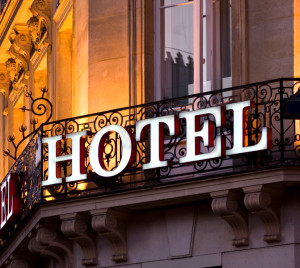 After much discussion and uproar over the past few weeks, the Belle Isle Conservancy has put rumors to rest: no hotels, condos, or residences, will be built on the island. The only way to stay overnight on Belle Isle will be in a tent with your camping equipment.

President of the Belle Isle Conservancy, Michele Hodges, explained that while the island's team had considered placing a hotel on the grounds, public opinion definitely outweighed their intrigue. Residents across Metro Detroit spoke up against commercial property on the island, and their voices were certainly heard loud and clear. Hodges cleared up any misconceptions, and firmly stated that no hotels will be placed on the island, but a few other commercial amenities may start appearing.

She emphasized to the public that only the good of Belle Isle will be considered with any project moving forward and making the park an even more desirable location for everyone across the state. The entire conservancy board agreed that maintaining Belle Isle's appeal as a historic public park will always be the main goal.

What commercial ideas are being considered for the island? Here are just a few that are currently on the table:

Hodges emphasized in a recent public appearance that the conservancy's goal is to not only maintain and revitalize the public park of Belle Isle, but to also engage visitors in a more unique experience.