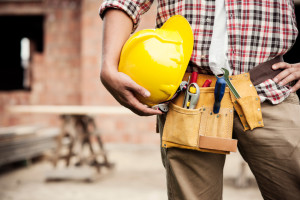 In May 2014, the Sequoia Property Partners purchased the CPA Building, located in the heart of Corktown, for $900,000. However, shortly after the building was acquired by Sequoia, the Detroit City Council ordered the company to demolish the historic landmark. Sequoia has different plans for the CPA building, and has already put forth a permanent deferment towards demolition.

The CPA building was built in 1924, and is home to over 22,000 square feet of usable space. Located on the corner of Michigan Avenue in Corktown, Sequoia clearly has different renovation plans for this space. While they have not disclosed their ideas yet, they have alluded to the fact that residential facilities are a possibility.

Sequoia also gained control of several other buildings located along Michigan Avenue in Detroit, when they purchased the CPA building. Along with a smaller building next to the CPA, a few of these will be razed in order to move along with bigger plans. The deputy director of the Buildings, Safety Engineering and Environment Department, David Bell, has explained that these smaller buildings have been dangerous to public safety for many years. However, he also feels that the CPA building should be torn down as well, as it is not standing as well as it could be.

In 2007 the CPA was first ordered by the Detroit City Council to be demolished. In February of 2014, it was inspected by the city again, and determined to be too open, vacant, and not structurally safe. Sequoia has agreed to board up the building, but will still be filing for permanent demolition deferment.

Currently, Sequoia has started reaching out into the community of Corktown for residential input. They are looking to hear ideas from the community on their personal thoughts and ideas for the CPA building. Sequoia has stated that the CPA is a current ‘blank slate’ and has unlimited potential for Corktown.

Originally, named the Conductors Protective Association, the CPA building was home to railroad workers that belonged to the union. It has been vacant and abandoned since 2009, but sits in the heart of a booming neighborhood that has high hopes for continuously growth. Sequoia believes that the city of Corktown has unlimited potential, and is excited to help bring the CPA building into a new light for the future of Detroit.