Best Things to Do in Detroit 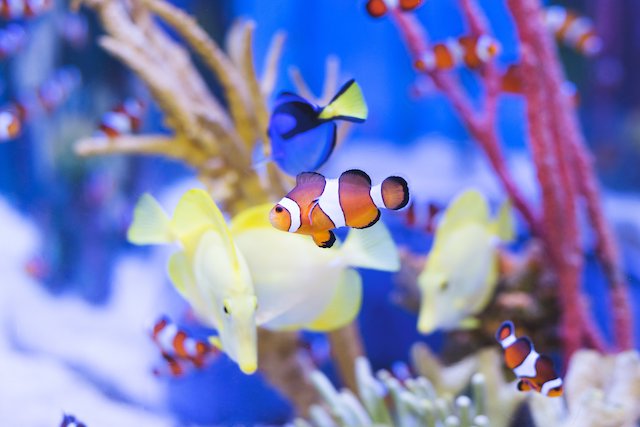 You
can go on a tour of a major league baseball park, take a romantic walk along the
Riverfront, sample some of the best art collections the state has to offer, or
visit the Detroit Institute of Arts.

It's
no wonder the city was named a “City of Design” by UNESCO in 2015 – the first
city in the country to receive such a designation.

In today’s post, we have come up with some of the most fun and interesting things you can do in Detroit. So, whether on a weekend getaway or on a day trip, here are some of the amazing activities you can do while there.

The Detroit Zoo was opened to the public on August 1, 1928. It was the first zoo in America to feature cageless, open exhibits that allowed animals to roam freely. That is, all the wildlife was exhibited in “natural” habitats, not confined behind bars.

The
zoo is home to animals from A to Z, including zebras and anteaters and hundreds
of other species in between. It’s located in Royal Oak and Huntington Woods.

Over the past 5 years, the zoo has attracted a total of nearly 7.5 million visitors. This averages to approximately 1.5 million people every year.

The aquarium is home to more than 1,000 fish and 118 species of sea life. Belle
Isle Aquarium is open all year round.

As for the entry fee, expect to part away with at least $13. You will also need to have a recreation passport, available to Michigan residents for an annual fee of $11 and to non-residents for $20 more.

3. Tour the Automotive Hall of Fame.

No
one can deny the fact that the city of Detroit has played a key role in the
development of the automobile sector.

The
Automotive Hall of Fame is located in the metro Detroit suburb of Dearborn,
Michigan. It was opened to celebrate the men and women whose automotive
innovations helped change the world and revolutionized the entire transportation
industry.

To
date, the Automotive Hall of Fame has honored nearly 800 men and women from all
over the world.

The Arab American National Museum was opened in 2005. It is the first museum in the world devoted to Arab American history and culture. It’s located in Dearborn, MI.

The
museum features wonderful multi-media exhibits that ensure visitors are fully
immersed and enthralled by the Arab American story.

The museum is open 5 days a week, from Wednesday through to Sunday, and closed on Mondays and Tuesdays.

5. Watch a movie at the New Center Park.

The New Center Park is located just opposite the Fisher Building in Detroit, MI. It is a great spot to hang out in the summer where live music is played and free films are screened regularly. It is open from around 8 am until dusk.

You won’t also have to leave the serene park setting to go grab a bite, as the park also has a bar and grill.

Are you an antique lover?

If so, Detroit is the place for you. Whether you are just a part-time bargain hunter or a serious dealer, the city of Detroit is home to a number of shops dealing in collectibles and memorabilia.

The Detroit Antique Mall has 12 dealers under one massive roof. Other popular places to shop for antiques include the Eastern Market and the Detroit Mercantile Company.

7. Be awestruck by the Renaissance Center.

The
Renaissance Center is a group of seven interconnected skyscrapers in Downtown Detroit.
It permanently changed the skyline of Detroit in 1977. It’s large enough to
have its own zip code and occupies more than 14 acres of land.

While there, you can simply stand there and marvel at the astounding 7 towers, among which is the 73-story Marriott Hotel.

8. Learn about the history of ceramics at the Pewabic Pottery.

Pewabic Pottery was designated as a National Historic Landmark in 1991. It was founded in 1903 by Horace Caulkins and his partner Mary Chase Perry. It’s known for its lustrous glazes, some of which grace prominent buildings such as the Basilica of the National Shrine of the Immaculate Conception and the Shedd Aquarium.

The Pewabic Pottery features a museum, a gift shop, a learning center, and a gallery of contemporary pottery. There is even a tile showroom that provides services and ideas for home remodeling or decorating needs.

This is a must-visit attraction for anyone visiting the city of Detroit. Situated close to the Henry Ford Museum on Oakland Boulevard, the Greenfield Village houses about 100 historic buildings from the 18th and 19th centuries in an open-air environment.

The Greenfield Village is open seven days a week from April 13 – November 3. The entrance fee is $21.

Built
in 1904, the Ford Piquette Avenue Plant was specifically built to manufacture
Ford vehicles. It was here that Mr. Ford created his Model T and guaranteed himself
a spot in the pages of automotive history.

The Ford Piquette Avenue is located at 461 Piquette, on the northwest corner of Piquette and Beaubien.

With so many places to see, Detroit is undoubtedly a great place to visit. It’s no wonder the city was named the 2nd best city to visit in 2018.

If you have any questions regarding the aforementioned information or about property management, contact Own It Detroit today!